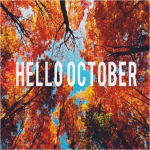 It’s October! And time for pumpkin flavored everything. The Greater Bloomington Chamber of Commerce is as excited as the next guy about the crisp fall air, beautiful colors and the return of the pumpkin spice latte. But we’re even more excited about our 100th anniversary. Only three months until we ring in the New Year and twelve months of celebration for the Chamber’s centennial.

Since 1915 the Greater Bloomington Chamber of Commerce has been dedicated to creating better business and a better community. In fact, it’s our tagline. Adopted in 2003 after a rebranding initiative, “Better Business. Better Community.” captures the belief of our founding members almost a century ago.

As The Chamber prepares for our next 100 years of service to the business community (and an even bigger celebration), we will leverage our current strengths and recommit to raise the voice of business in Bloomington. It may be getting colder outside but the business climate is hot and we’re here to protect it.

We’re not saying you have to dance on your desks and hang piñatas around the office like we did, but get excited, big things are coming in 2015.